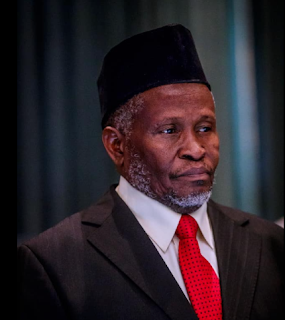 Justice Muhammad, who gave the admonition during the swearing in of 17 additional judges that will serve as Chairmen and Members of election petition tribunals for the 2019 polls, urged them to submit themselves to the sanctity of the rule of law and supremacy of the constitution in the discharge of their judicial functions.
His words: “I congratulate your lordships for being found worthy to be appointed as Chairmen and members of the 2019 Election Petition Tribunals that will start sitting over the avalanche of petitions that will, expectedly, begin to stream in immediately after the general elections slated for February 16th and March 2, 2019 respectively.
“You have just taken an oath that has not only imposed a course of upright morale undertaking on you but equally looped you with destiny. Your participation in these tribunals at this crucial phase of the Nigerian judiciary is not by accident but a clear design of the Almighty Allah.
“This is an enormous national assignment that will literally put the contents of your conscience to test. I am convinced that this is not the first oath you have taken as Judicial Officers, and certainly won’t be your last, especially as you ascend the ladder of your career.
“No amount of homily can convey the enormity of this task. But suffice it to say that you are already initiating an interaction with history. Whatever action or inaction you exhibit will serve as your testament in the annals of the Nigerian judiciary.
“As judicial officers, you may have, one way or the other, trodden this somewhat dreaded terrain, but you must, against all odds, rise above the murky waters of failure and infamy.

“The onus is on you to keep aloft the banner of honesty and integrity that the judiciary has painstakingly hoisted over the years.
“Your appointment to serve in these tribunals is well conceived, thus, you should do everything within your ability to justify this confidence.
“There is no doubt that you will be exposed to different forms of temptations and even blackmails, but you should know that all are aimed at testing your strength of character, honesty and integrity.
“My candid advice is that, in whatever circumstance, you should always be mindful of this oath you have just taken because it now stands as an uncompromising witness between you and your creator.”
“It behoves you to willingly submit yourselves to the sanctity of the rule of law and supremacy of the Constitution in the discharge of your judicial functions.
“It is the general belief that elections held when the rule of law is too fragile, seldom lead to lasting democratic governance. You are enjoined to always strike a balance between justice and rule of law as you embark on this critical national assignment.
“As you all know, the rule of law delayed, is lasting peace denied because justice is a handmaiden of true peace. We need this in Nigeria more than ever before. The trumpet must first sound from the temple of justice; hence we put you forward as champions of this noble cause.
“By the virtue of this oath, you are now armed with the power to adjucate on electoral disputes and take decisions in accordance with your convictions which must be deeply rooted in law and not sentiments of public opinion.”