INEC-Let the will of our people prevail 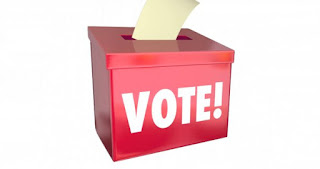 TOMORROW, Saturday, February 16, 2019 is Nigeria’s Election Day. Millions of Nigerian registered voters – 84,004,084, according to figures published by the Independent National Electoral Commission, INEC – are expected to troop to the polls to elect a President to run the affairs of this country for the next four years as from May 29, 2019.
Also, members of the National Assembly – the Senate and House of Representatives – will be elected in the 119,973 polling units nationwide. On Saturday March 2, 2019 it will be the turn of elections at the state level, where governors and members of the various state Houses of Assembly will be elected.
The INEC Chairman, Professor Mahmood Yakubu, has repeatedly told Nigerians and other concerned international stakeholders that the electoral umpire is ready to conduct a general election that will be adjudged free, fair, credible and acceptable. Professor Yakubu has always reiterated this since he was appointed by President Muhammadu Buhari on October 21, 2015, though some of the elections conducted under him, particularly the Osun State governorship poll, did not, in the estimation of some people, live up to expectation.
While we urge the various state institutions responsible for carrying out this sacred national assignment – the INEC, Police and other security agencies – to perform their functions without fear or favour, we make haste to caution that the job should not be left to them alone. For the election to succeed, there must be vigilance on the part of all concerned.
The political parties must send credible agents to all polling booths and collation centres. They must monitor the INEC and local/international observers’ Situation Rooms and report any infractions promptly. The voters should turn out en-masse. Massive turnout helps to minimise election rigging. It reinforces the manpower needed to protect the vote. It ensures that the vote counts.
We welcome wholeheartedly, the role of the international community in ensuring the emergence of a legitimately elected leadership. The heavy presence of the various international observer groups will go a long way in moderating the excesses of unpatriotic politicians who might want to steal or buy the vote or perpetrate violence.
The world cannot afford the consequences of a miscarried election in Nigeria of nearly 200 million people. Foreigners should never directly interfere with the actual conduct of elections. Well-meaning Nigerians must appreciate the help of the international community to ensure the triumph of the supreme mandate of our electorate.
As we go to the polls tomorrow, let us be reminded that elections are only a means to an end: good governance. This can only be possible in an atmosphere of peace. Let us improve on our 2015 achievement where the loser congratulated the winner, and the whole world applauded Nigeria.