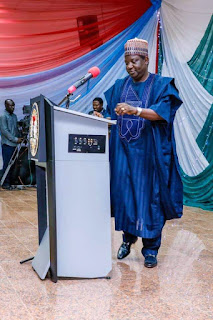 Tertiary institution workers in Plateau State who have been on strike since April 23, 2019, have suspended the strike
Chairman of the union, Mr Paul Dakogol, announced the suspension of the strike at a press conference in Jos on Monday.
The workers of the seven state-owned tertiary institutions under the aegis of Joint Union of Plateau Tertiary Institutions embarked on the strike over what they called lack of interest by the state government to develop the education sector.
They demanded among other things, improved infrastructure and more teaching and non-teaching staff in the institutions.
Dakogol said the workers decided to suspend the strike because the state government had addressed some of the issues that necessitated the strike
Dakogol said, “I want to state that the state government have been able to address some of the issues during the strike and entered into an agreement last week with the union on those issues they could not handle immediately
“The issues already addressed while on strike include the payment of the unpaid check up dues and cooperative deductions, gratuity remittance for the month of February and March 2019 and staff recruitment which is ongoing.
Following the appreciable development in the negotiations, the union after thorough consultations with its members thereby suspends the seven-week strike.”
The Chairman commended the state Governor, Simon Lalong for his understanding with the union in resolving the issues.
He, however, warned  that the union would not accept non-commitment from the Ministry of Finance in implementing the agreement as resolved as it will not hesitate to take necessary action in the event of any noticeable violation of the agreement reached.
SOURCE: PUNCH NG