Article:On Why We Must Save The African Rural Child – Who Is With Me? 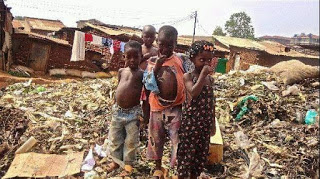 The story of the african rural community can never be complete without a reminiscence to the struggle of the African rural child.
It is a tale by many disadvantaged sojourners whose only understanding of the African soil and its habitat is shrouded in an indescribable mystery.
Sequested from the actual civility often granted the city child by the western or Asian cosmopolitan style of education, the African rural child must be taken cognizance of no matter the bias.
The story of the African rural child, his ability, his capacity;his beliefs and ambition  is replete with clandestine motive of the outer world which classifies him as operating within the unassuming confines of what many tag: primitive technology.
Yet, the story of the rural African child is overtly drawn across crystal balls of mere assumption for no true story can be told of a people without the people playing the role of the telling, in my own thinking…
Today, i woke up groggily like that! Like a man whose pride was marred by a stuporous conquest of the war of socio political attrition, caused by the nemesis of our forgotten neo colonialism chronicles. I woke up just like that!
I woke up as Ejelunor Wise, an unknown  Prince of Ogwezi land, Ogwezi, the centrifugal force of the acclaimed Aboh division , the ancient kingdom of men, women and the African rural child who defiled the seductive voice of the oppressors of old to retain its serenity amongst the committee of valour native nations even in the dim past.
As i take a work in Aboh kingdom today, i son of Ajede, the son of the daughter of Achigbue; with a great grand paternal father whose great great grand mother had traditionally christained Akpotohwo, i am bemused, seeing the ‘rurality’ of the African child in Ndokwa land. The furtiveness of their ability to aspire and to become that which those in the metropolis considered a reckon with western civility… 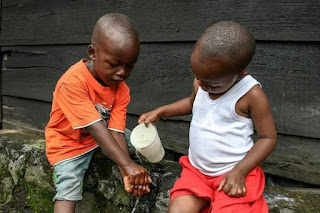 As i purchase some akara and kpokpo garri from mama ojenuwa’s qiosk, that which keeps running down my spine is ” Who shall save the rural child from this day light denial? Frustration? and social segregation?
Who shall help to school Osisa, Kwale, Obiaruku,  benekuku, Ndemili and the host of other African rural children in Ndokwa land ?
Who shall help to raise their technological know how in garri processing methodology? Yam barning concepts, gas deposit  and fish farming? Who shall tell their story to Trump and Putin? Who will help me tell the Ndokwa story of abysmal infrastructural progress and people abandonement to Governor Okowa of Delta state and President Buhari of Nigeria?
I was deeply touched by the ‘any how-ness of bad leadership to my people, that when i woke up from this socio cultural trance this morning, my grogginess became a sign post to this master piece.
Alas! I woke up to discover that Ndokwa has a story to tell. But who shall tell the story with me? The story of a people, commonly raped by her leaders, socially demystified by many -her youths, whose practice in vanity is often examplified by acts of cultism and conversly deluded by political falsification and her fear of work-hard- success.
Who is with me ?
Originally written by Wise Prince Ajede
A Philosopher, a child education advocate, an investigative Journalist; and a social-political mediator. From Ogwezi…
Reach him via: Wiseprinceajede7@gmail.com