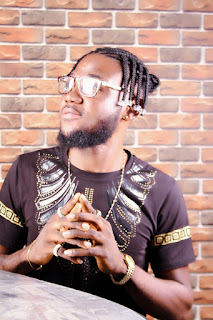 Pius Jimmy Shodeke, popularly known as (PJ Show_NBL) was born in Abeokuta, capital of Ogun state in the year 1991. In the year 2005/2006 PJ Show_NBL relocated to Rivers State where he finally based and met Sam Sylva who happens to be a dope Rapper back then in secondary school (Armyday Secondary school ADSS) .
PJ Show_NBL happens to be a multi talented artiste, who can sing any genres of music . In the year 2008 he decided to pursue his career, by joining a crew named PS – CUBE. The crew consist of two artistes PJ Show_NBL and Sam Sylva. They recorded their first song I CRY in SURGE RECORDS Entertainment in Port Harcourt, and most of their other songs in Lagos City by Jerry Rowland (J Sounds Record) . They both worked together for years, and recorded few songs together, with the likes of; CHOW, PARTY IN THE CLUB, OWO, CECILIA, OH LORD HELP ME, I CRY, FINE LADY, DON’T CARE, REASON, Etc which make few waves.

Early 2015 PJ Show_NBL broke out of the crew (PS – CUBE) to stand on his own. PJ Show_NBL dropped his first single Pause and Rewind (January 2015) produced by DonBaz which fully brought him to the limelight.

Few months later PJ Show_NBL had already been doing well in the industry, then he dropped his second single title Mujo produced by Hotice Exclüsive.

And now currently PJ Show_NBL love the turn up of he’s fans to Mujo, and that inspired him to drop BOBO featuring Nelly Yung Soja, and also prod by Nelly Yung Soja himself.

BOBO has gone far into many households, and got nominated as BEST DANCEHALL SINGLE OF THE YEAR in the year 2015 by TNMA (TOP NAIJA MUSIC AWARDS 2015),

as God may have it BOBO won PJ Show_NBL the THE BEST DANCEHALL SINGLE OF THE YEAR AWARDS.

before PJ Show_NBL finally relocated to Lagos to chase his dreams in the industry.

In the year 2019, around June PJ Show_NBL drops a collabo with the popular producer Masterkraft & Fiokee titled “BECAUSE OF U“