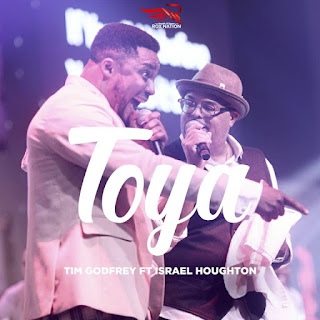 After the release of the world’s anthem “NARA”, The Fearless General; Dr. Tim Godfrey who is undeniably one of Africa’s most sought after Music Ministers, is set to give the world a new sound.
“TOYA” which features the Multiple Grammy Award Winning Music Maestro Israel Houghton was recorded live at the Fearless Rebirth Concert in Eko Hotels and Suites.
“TOYA” is a double release, as both the visuals (video) and official audio drops same day, (October 10th,2019- 3pm).
The song which speaks extensively of God’s might, undeniable powers and His ability to do the very impossible is produced by the SMJ for ROX Nation.
“TOYA”; world’s new anthem, is a worship song that is induced with exceptional sounds and lyrics which are relatable and will get you on your feet singing along

00:00
00:0
DOWNLOAD NOW
the song is available across all digital music platforms.
Watch video below: