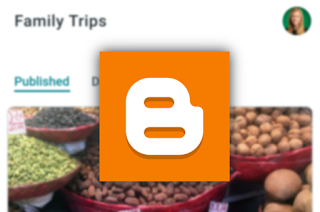 Blogger used to be the go-to platform for anyone who wanted to share their words and opinions with the internet, but it has long been surpassed by social media on the consumer side and WordPress and Medium on the more professional side. We assumed that Google would just let the service die slowly by not providing updates to it anymore, but today, a new Android app version has been released on the Play Store after two years of stagnation. The update replaces the Holo interface of old with a modern Material redesign, bringing the product in line with Google’s other offers.
Blogger is in line with Google’s other apps now.
Version 3.0.1 exchanges its predecessor’s outright nostalgic look with a modern, all-white interface that we’re accustomed to from Google’s other apps. The dark grey toolbar with options for creating new posts makes way for a white one with a FAB at the bottom, adhering to Google’s design guidelines. The same is true for the rest of the revamp. All buttons, text entry fields, and further interface elements have been updated to the latest standards. The developers even thought of including an adaptive icon.
Left & Middle: Version 2.1.3, AKA a blast from the past. Right: The new interface in version 3.0.1.
Apart from the redesign, not too much has changed in version 3.0.1. You can create or edit posts, see a list of saved and published articles, embed images from your phone or its camera, and add labels to posts. The app is still lacking many features available in Blogger’s web editor, but that’s not different from other content management systems. Thankfully, the application doesn’t tell you it’s incompatible with newer Android versions anymore, which the earlier version 2.1.3 did.
If you’d like to get the update right away, head over to APK Mirror. It’s also rolling out via the Play Store to everyone who still uses it.