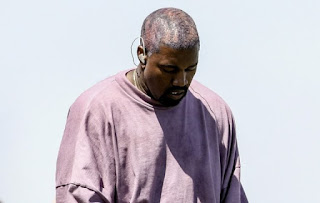 After a series of Sunday Services, listening parties, and delays, the yefollow-up has finally arrived

West’s follow-up to 2018’s ye was initially teased back in August, when Kim Kardashian West hinted at its release by tweeting a photo of a handwritten tracklist and the date September 27. On the night of the 27th, Kim announced that the album would arrive two days later. It did not materialize.

Over the weekend last month when it was expected to drop, West held Sunday Service events, hosted listening parties for the album, and unveiled an accompanying documentary film that’s now showing in IMAX theaters. Earlier this week, he announced that Jesus Is King would arrive at midnight on October 25. After midnight came and went, he tweeted that he was finalizing mixes for three tracks. West did, however, make a surprise appearance onJimmy Kimmel Live!

(October 24), West joined Zane Lowe for a two-hour interview. At one point in the conversation, he announced that he’s releasing a new album on Christmas Day called Jesus Is Born.

At several points on the album, Kanye references the 13th Amendment of the Constitution of the United States, which established the abolition of slavery. The text of the 13th Amendment reads: “Neither slavery nor involuntary servitude, except as a punishment for crime whereof the party shall have been duly convicted, shall exist within the United States, or any place subject to their jurisdiction.” On the song “On God,” Kanye raps, “13th Amendment, gotta end it, that’s on me.”

During his meeting with Donald Trump in the White House last year, Kanye talked about his problem with the 13th Amendment at length: “You know, so the four—the four gentlemen that wrote the 13th Amendment didn’t look like the people they were amending. Also at that point, it was illegal for blacks to read—or African Americans to read. And so that meant if you actually read the Amendment, you would get locked up and turned into a slave.” Some have inferred that he’s specifically referring to the exception clause of the amendment.

Prior to the extensive teasing of Jesus Is King, Kanye West announced last year that his next album would be titled Yandhi. The project was originally slated for a release date of September 29, 2018—the same night as his infamous Saturday Night Live appearance. The album did not arrive on that date, and was subsequently delayed, and then postponed indefinitely. It’s unclear if or when that album will arrive.

West’s last album ye arrived in 2018 during a summer when he also produced albums for PUSHA-T, Nas, and Teyana Taylor. He also released Kids See Ghosts, his joint LP with Kid Cudi.

Read Pitchfork’s report from Kanye’s Jesus Is King event in New York and his event in Los Angeles.

Get The Album Here