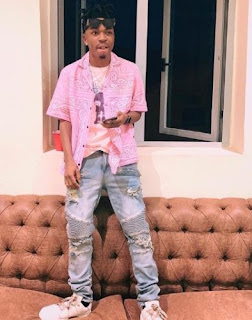 Mayorkun has expressed to give out the sum of five hundred thousand naira to anyone who does a creative video singing to his new single; “Up To Something.”

The singer made this post through his Instagram page as he uploads a video of himself singing to the lyrics while it was being played on the radio and announcing the giveaway simultaneously. Mayorkun’s new single although is already being premiered by some radio stations & television stations, is not out officially.
But before its arrival, “The Mayor of Lagos,” wants the creative minds who follow his music to prepare themselves for a quest that would get them the sum of five hundred thousand.

View this post on Instagram
‘Up To Something’ premiered on Soundcity Radio (nationwide) this morning & would be playing all day, listen up; catch it playing, make a video.. post on your page, tag me, use the hashtag – #UpToSomething 500K for one lucky person! Let’s goo!