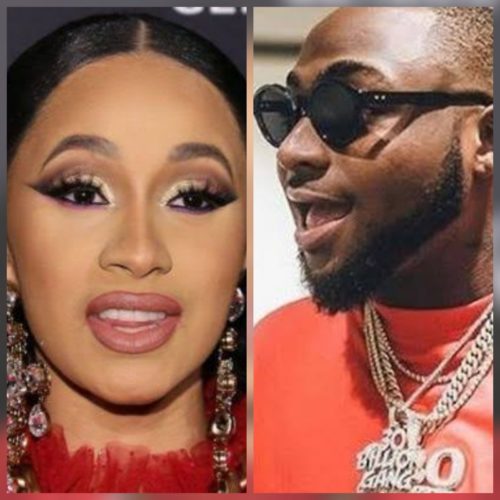 Davido is set to take the world by storm as he features American rap superstar; Cardi B, on his 2017 smash hit single; “Fall.”

You all would recall Davido once said earlier in the year that he had featured one big international superstar  on “Fall” which he would drop as part of his album. Although he didn’t eventually drop it as part of his album which was released last month, but a snippet of the song has been posted by Cardi B on her Instagram page which is already making music enthusiasts long for a record that already established itself as a global hit.
Would Cardi B’s presence on the song make it even a more smashing hit?? We wait!!!!!
Watch video:

“Davido Features American Rap Star; Cardi B On “Fall” Remix || Listen & Watch Snippet”, 4 out of 5 based on 40 ratings