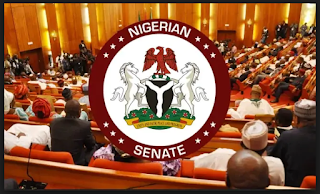 The Senate, on Wednesday, asked the authorities of Ahmadu Bello University Zaria, University of Jos and Abubakar Tafawa Balewa University Bauchi to absorb students of Plateau state origin studying in the University of Maiduguri. In its response to a motion moved by Senator Istifanus Gyang (Plateau North), the upper legislative chamber said the move has become necessary because of recent attacks against Plateau citizens by the Boko Haram insurgents. Leading the motion, Senator Gyang said the lives of plateau indigenes are being threatened by the renewed Boko Haram attacks in the north east. He disclosed that six people of Plateau origins were killed and abducted recently by Boko Haram insurgents. ADVERTISEMENT HOW OVER 5000 NIGERIA MEN HAVE PERMANENTLY OVERCOME TERRIBLE BEDROOM PERFORMANCE DUE TO THIS RECENT DISCOVERY BY MEDICAL CONSULTANTS He noted that though no one is immuned to Boko Haram attacks, the targeted killings and abductions of Plateau citizens was aimed at polarising Nigeria along religious divides. ADVERTISEMENT SURULERE MAN REVEALS NEW HERBAL SOLUTION THAT REVERSES WEAK ERECTION AND HELPS LAST UPTO 48 MINUTES IN BED WITH NO SIDE EFFECTS He also bemoaned the renewed violent conflicts in Plateau which he said had claimed 27 lives. The Senate condemned the attacks and urged the Nigerian security forces to secure lives and properties of Plateau citizens and other Nigerians.source: Dailytrust