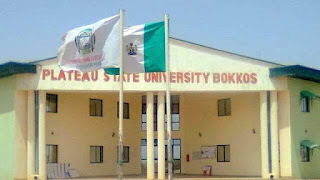 The Academic Staff Union of Universities (ASUU), Plateau State University (PLASU), Bokkos branch, has threatened to embark on strike over underfunding of the university and insecurity on the campus among others. Speaking with our correspondent, PLASU ASUU Chairman, Comrade Chun Pamson Bentse said their demand was part of a wider quest for the Bauchi Zonal ASUU to meet with the Visitor of the university, Governor Simon Lalong, to discuss issues affecting the smooth operations of the university. He said they have formally written to seek audience with Governor Lalong and report back at the ASUU National Executive Meeting (NEC) meeting scheduled for March 7-8, 2020, after which they would embark on the strike if a resolution is not arrived at. A copy of the letter, which was obtained by our correspondent, was addressed to the Visitor, (Governor Lalong) through the Commissioner for Higher Education, Ministry of Education, while PLASU vice chancellor and ASUU Bauchi Zonal Coordinator were copied. ADVERTISEMENT HOW OVER 5000 NIGERIA MEN HAVE PERMANENTLY OVERCOME TERRIBLE BEDROOM PERFORMANCE DUE TO THIS RECENT DISCOVERY BY MEDICAL CONSULTANTS Signed by the ASUU chairman, Bentse, and the Secretary, Deme Samson Bitrus, the letter stated: “Sequel to the resolution taken at the last National Executive Meeting (NEC) of ASUU, held at Federal University of Technology, Minna, Niger State, on 7th – 8th December, 2019 that the leadership of the zone meets with the Visitor (Governor Lalong) and reports back at the next NEC meeting scheduled to hold on 7th – 8th March, 2020, we write therefore to seek an appointment with the Visitor to discuss debilitating issues affecting the smooth operation of the university. ADVERTISEMENT SURULERE MAN REVEALS NEW HERBAL SOLUTION THAT REVERSES WEAK ERECTION AND HELPS LAST UPTO 48 MINUTES IN BED WITH NO SIDE EFFECTS “They include absence of state government funded projects in the  university, understaffing of academic staff at both faculties and departments, exorbitant tax regime and the non-domestication of the Pension Act 2014 in the university. “Others are the high rate of insecurity on the campus, delay in constitution of a governing council for the university and inability to settle arrears of earned academic allowances to our members from 2010/2011 – 2016/2017 as well as 2018/2019 academic sessions. “Your utmost consideration and prompt action on these issues are  highly solicited in the interest of academic excellence and putting the university at par with other similar institutions in Nigeria and the world at large, in order to guarantee industrial harmony in the university.”Source: dailytrust