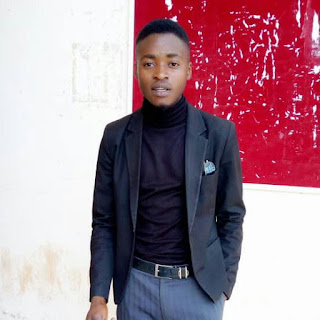 Article written and edited by cmrd.Shitnaan Richard gurumnan(SRG) a one time aspirant for the post of secretary general sug and gratuate of plateau state university bokkos.

With shame and disgust i debunk the fecklessness of the masculine
towards educational pursue. As it is said
“little by little the river becomes an ocean”.
At first it was referred to as pleasure,
but at this level can it be called fun?

The poor attitude of the masculine towards education
is a ring for a rescue awareness.
I still find this regular behavior that i call ‘Academic off-sight’ among
the male gender as an obvious attitude towards learning.
Over 75% of PLASU Students that are involve in crimes are men.
Students clinging to ‘Green Upstairs’ balcony
like night bats doing nothing but drinking and smoking.

Crime has ascertain a relative position In PLASU.
At some point it can be said to be our neighbor,
But are all our fingers pointing at the community
or Students? I still have fresh memories of my
100level days in PLASU (in 2016).
The environment was like a heaven path on earth,
though not a heaven, for there is no heaven in Nigeria.
Peace was at its glowing days, and crime hiding in dark corners.

It pains me to say that as from 2017/2019 all graduants
with Second Class Upper Devision from my department,
English Language Department 80% are Females, while only
20% are males. With all this i asked myself, what has happened to the
future Heads of the house, Or are we now in a role-over?

Though, i must applause the females, for their ceaseless efforts
towards education. Caution must be drawn to few who have
now embrace prostitution as a routine behavior and have sidelined
their prime objective of studies.

And to my dear gents nobility is key, great attitude towards education
is essential. And to my dear comrades, you all have roles to play.
Sensitization of the mind are vital, rather than night parties and beer gulping.