University of Jos Management Issues Statement on Encroachment of Its Land 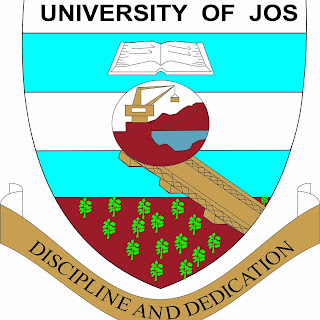 ENCROACHMENT OF UNIVERSITY OF JOS LAND
The attention of the Management of the University of Jos has been drawn to conflicting reports in the Media pertaining its effort at stemming further encroachment into its land by land grabbers.It would be recalled that the land in question which belonged to the defunct Nigerian Bricks and Clay Products Limited was purchased by the University through a competitive bidding from the Bureau for Public Enterprises (BPE). Since the acquisition of the land, the University has been under siege by Land grabbers, leading to erection of illegal structures most of which are built in the nights.

The committee submitted its report to the State Government. After a careful study of the report, the State Government came up with a White-Paper in November, 2019. The White-Paper authenticated the Certificate of Occupancy No PL9636 issued in 1988 measuring 119.50 Hectres issued to the Nigerian Bricks and Clay Products Limited, now property of the University of Jos.
The unfortunate incidence of Saturday, 22nd day of February, 2020 happened when the University was trying to secure its land by digging a trench to stop further encroachment into the land, when some irate youth forcefully chased workers on the site, though this is not the first time they have been confronting the workers, the recent turned out to be the most violent in which students were attacked and wounded, houses rented by Students of the University and a place of worship with several other property destroyed.
As a result of this unfortunate incidence, the State Government summoned an emergency stakeholders meeting which included the University of Jos Management, the two Traditional Rulers of Rigizah and Naraguta and others from the two communities.
After exhaustive discussions, the Stakeholders sympathized with the victims of the incident and condemned the act of violence in totality. It further states that:i. The property in question is covered by a Certificate of Occupancy legitimately acquired by the University of Jos.ii. The University therefore has the right to demarcate and secure its property against encroachment by Land grabbersiii. The University should continue with the work it has started.iv. The University should dig its trench for the demarcation 3 Metres away from any existing old building.v. All illegal buildings that sprung up after the acquisition of the land by the University should be demolished andvi. It was recommended that an Implementation Advisory Committee would be set up for the implementation of the Government White-Paper.
It is therefore preposterous for anybody to lay claim to the land and stop the legitimate owners from making use of their land.
The University of Jos Management notes with dismay the half-truths that have been fed the public as it is not the true reflection of what is on ground.
Wilson YaleSenior Deputy RegistrarVice Chancellors officeFor management