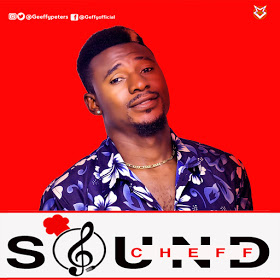 The front man and CEO of SBME Geeffy Peters who is also known as “Geeffy Number one” has come up with a new production name “SOUNDCHEFF” and he is launching it today.We asked him in a close door interview why he chose to tag a different name(SoundCheff) on his music production instead of using the name we popularly know him with(Geeffy)? He told us that GEEFFY and SOUNDCHEFF are two different people in one person. I.e, GEEFFY is an artist, actor, graphic designer, blogger and a video director. If you are meeting him for the above services, that means you are working with GEEFFY. 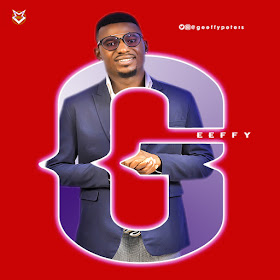 While SOUNDCHEFF is a music producer/sound engineer. All this services are rendered by one person with two different names.

All we can see in Geeffy/SoundCheff is raw talent, hard work, persistent and wisdom.He lunches the new name (SoundCheff) with a promo to artists in and outside jos. SoundCheff is giving a 45mins studeo session and promo (blogging) at the rate of N1500 to the first 20 artists.
Wow!!! Isn’t this amazing? We advise all artists to hurry up and grab the chance before it’s too late. No generator fueling charges attached.GOODLUCK GUYS!!!You can follow and contact Geeffy/SoundCheff on the following for more information:IG/Twitter: @geeffypetersFacebook page: @GeffyofficialWhatsApp: 08061172909