Plateau to resume monthly sanitation in May 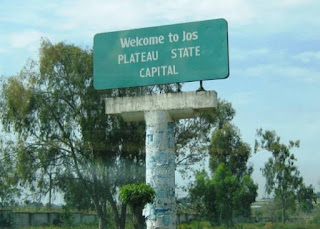 The Plateau State Government will resume its monthly sanitation in May, according to the Commissioner of Environment, Alhaji Yakubu Usman.Usman, who made the disclosure in an interview with newsmen on Monday in Jos, said the exercise was earlier suspended because of security challenges in the state.He said the State Government would engage in public private partnership for the smooth take-off and sustenance of the exercise.” We have written a Memo on the need to resuscitate the normal monthly sanitation. We are hoping to resume it in May when the rainy season starts, at least we should be able to have cleared all the drains before then,” Usman said.He said special sanitation days for markets were halted because the exercise was “bastardised” as money was being collected indiscriminately from traders.He said that private waste operators would be engaged to clear dumps in markets, hospitals and some hotels to ensure effective service delivery.“One of our focal areas is that we intend to have specialists who will be responsible for all the market areas including abattoirs, which will extend to addressing sanitation challenges in markets,” the commissioner said.He said that the ministry was working toward acquiring 25 operational work trucks by the end of 2020, to facilitate efficient disposal of refuse in the state.He said the government currently had 12 operational trucks and was working to repair its excavators and wheel loaders, which were critical for clearing and conveying dumps.Usman urged residents of the state to keep their environment clean in order to live a healthy and productive life.