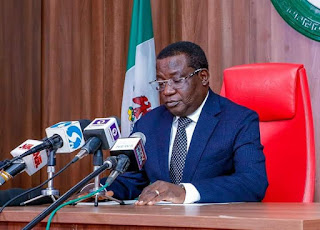 The executive governor in a press statement has addressed the State in a press release. The declaration was made in a text broadcast on Tuesday, March 24th 2020. The following are to be treated with caution and careful diligence;

TEXT OF BROADCAST BY HIS EXCELLENCY, RT. HON. (DR) SIMON BAKO LALONG, EXECUTIVE GOVERNOR OF PLATEAU STATE, TO THE CITIZENS OF PLATEAU STATE ON THE CORONA VIRUS (COVID-19) PANDEMIC DELIVERED ON 24TH MARCH 2020.