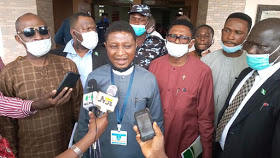 Press Release] It is no longer news that there has been a lingering crises amongst the leadership of Assemblies of God Nigeria, the home Church of Dr. Yakubu Pam, which led to a division between the church and it’s members nation wide. Causing a parallel leadership forming two factions in the general council.
Reports gathered that the Northern Nigeria Assemblies of God People said they are tired of all the unending Church crises and they are ready to go away from the lingering crisis to stand as Assembly of God, Northern Nigeria General Council. Even though some of the Northern members and Pastors stood their grounds against the move to have the Northern General Council.
Dr. Pam has this to say about their refusal to join the majority of the Northern Assembly of God:
EXODUS 14:10-14
10 As Pharaoh approached, the Israelites looked up, and there were the Egyptians, marching after them. They were terrified and cried out to the Lord.
11 They said to Moses, “Was it because there were no graves in Egypt that you brought us to the desert to die? What have you done to us by bringing us out of Egypt?
12 Didn’t we say to you in Egypt, ‘Leave us alone; let us serve the Egyptians’? It would have been better for us to serve the Egyptians than to die in the desert!”.
13 Moses answered the people, “Do not be afraid. Stand firm and you will see the deliverance the Lord will bring you today.
The Egyptians you see today you shall see them no more. 14 The Lord will fight for you; you need only to be still. 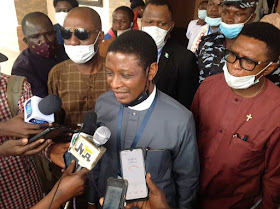 In this case, he further said his people are out to serve the Lord with all their heart in truth and in spirit. His people are no more interested in any fight. They want to unite as one.
He added that Assembly of God Northern Nigeria is Assemblies of God and not any new ministry as purported by the rumors going round social media. The North need it’s general Council which she is fully ripe for it.
Lastly, to finally clear the air on this. The case of Pam is a case of someone who just want to withdraw himself from a deliberate unending fight between two brothers that refused to settle with each other for more than five good years in the house of the Lord.
Dr. Pam said those who believe in our cause no shaking, don’t believe any lies, don’t be distracted we are still on cause. AGNN has come to stay to the Glory of our Lord Jesus Christ. And it is our believe that our brothers in the other parts of the country will come to terms with each other to unite as one. God bless and restore his Church in Jesus name. Amen. God bless you all.
Rev. Dr. Yakubu Pam
The Executive Secretary, Nigeria Christian Pilgrim Commission (NCPC)