Nigerian, Two Others, Held For “Charity” Fraud In India 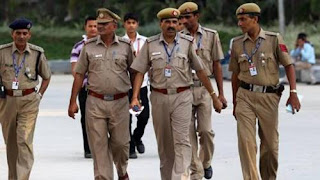 Nigerian, Two Others, Held For “Charity” Fraud In India

Police said the accused discussed with the victim about spiritual matters during their conversation and gained the victim’s trust.

Two persons, including a 32-year-old Nigerian, were arrested for allegedly cheating a person in Hyderabad of over Rs 29.74 lakh by promising to send foreign funds for charity work, police said on Monday.

The duo, along with the absconding prime accused, contacted the victim in October informing that a foreigner wished to donate US dollars amounting to Rs 4 crore for charity, Rachakonda Commissioner of Police Mahesh M Bhagwat said.

Police said the accused discussed with the victim about spiritual matters during their conversation and gained the victim’s trust.

Later, one of the accused, posing as an executive of a Foreign Remittance Department, called up the Hyderabad-based person, asking to pay money by citing various charges towards transferring the foreign funds.

Accordingly, the victim deposited over Rs 29.74 lakh in various bank accounts provided by the accused during October 27-November 6, police said.

The fraudsters switched off their mobile phones following which the victim complained about the police.

During the investigation, a police team, after identifying the location of the accused, went to nab them from Delhi.

Republicworld reports that the Nigerian allegedly assaulted one sub-inspector and a constable while trying to escape but was caught along with another accused.

Police said the accused were committing online fraud after contacting victims through different social media platforms and lured them under the guise of sending foreign funds for charity work in India.