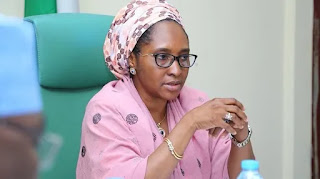 Olalekan Adetayo, Abuja The Federal Government has released N6.45bn for the setting up of 38 oxygen plants nationwide to cater for COVID-19 patients who need oxygen. The Senior Special Assistant to the Vice President on Media and Publicity, Laolu Akande, disclosed this in a statement issued at the end of the first meeting of the National Economic Council for the year. The statement was titled “FG releases N6.45bn for new oxygen plants in 38 locations nationwide to facilitate COVID-19 treatment.” NEC, which is chaired by the Vice President, has all state governors, Central Bank of Nigeria’s Governor and relevant ministers as members. Akande said the Minister of Finance, Budget and National Planning, Zainab Ahmed, announced the release of the fund at the meeting. He said the oxygen plants would be located in 38 locations across the country. While briefing the NEC on the release of the funds, the Minister of Finance, Budget and National Planning, Zainab Ahmed said the President approved the release of the funds for the production of oxygen, necessitated by the increased number of patients who need oxygen due to the surge in COVID-19 infections in the country,” Akande said. He added that the Minister of Health, Osagie Ehanire, informed the council that sequel to the decision of the President, Major General Muhammadu Buhari (retd.), to activate the Basic Healthcare Provision Fund based on the National Health Act, N55.1bn was approved in 2018 and that 50% of the sum has since been released to the states and Abuja. He added that the Federal Government has allocated N35bn for 2021 for the Fund. ‌ The Basic Health Care Provision Fund was established under Section 11 of the National Health Act as the principal funding vehicle for the Basic Minimum Package of Health Services. Akande said the council also received briefing from Osinbajo who is thee Chairman of council’s ad-hoc Committee on Public Engagements regarding the fallouts of the #EndSARS proteHe said NEC engagements on the matter would focus mainly on wealth creation, social safety nets and employment; education, digital economy and sports development; creative industry and hospitality; security; and governance. He also identified target groups to include “Young intellectuals and emerging industry leaders from diverse sectors, students of tertiary and other educational institutions, youths in the Diaspora who are interested in social-political developments, entertainers and social influencers, trained artisans etc. “Youth leaders in (a) Civil Society Organisation (b) Politics (c) religious organisation (d) traditional institutionssts of last year. “Young women and young people with disabilities.” The statement added, “Other updates at the NEC meeting include account balances as at January 20, 2020 given by the Minister of Finance, Budget and National Planning, as follows: “Excess Crude Account, balance as at January 20, 2021, $72,411,197.80; Stabilisation Account, balance as at January, 19, 2021, N28, 800, 711,295.37; Natural Resources Development Fund Account, balance as at January 19, 2021, N95, 830,729,470.82.”