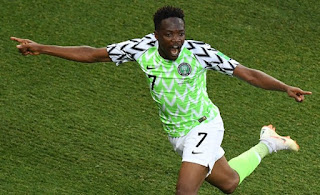 The Super Eagles captain is a free agent and has remained without a club since leaving Al Nassr in Saudi Arabia.

According to the Daily Mail, Allardyce may turn to Musa, as he needs a cut-price forward to help his team score enough goals to avoid relegation.

Musa is believed to be keen on the move, as he wants to show he has the quality to succeed in the Premier League.

West Brom have already applied for a visa for the 28-year-old.

The Nigerian may even arrive in the UK as early as Wednesday, if everything goes as planned.