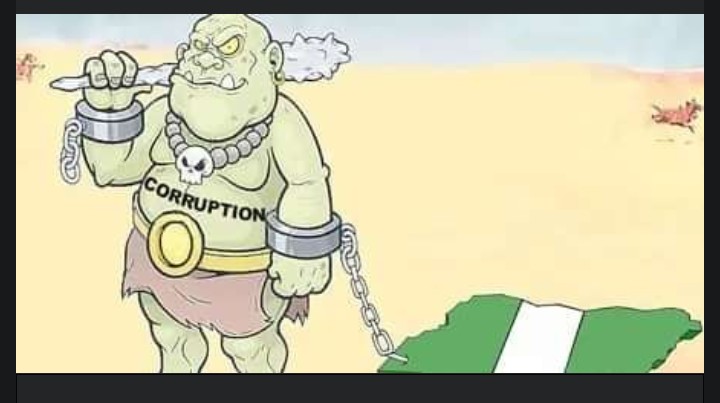 Nigeria has dropped to 149 on Transparency International’s 2020 Corruption Perception Index, the worst ranking received by Africa’s largest country in recent time. Nigeria also scored 25 out of a possible 100 points. In the last TI rating in 2019, Nigeria was ranked 146th out of the 180 countries surveyed, scoring 26 points out of a possible 100. On a scale of zero to 100 in TI’s rating, zero means “Highly Corrupt,” while 100 stands for “Very Clean”. This means that Nigeria is two steps worse off than she was in 2018 when she scored 27 points to place 144th out of 180 countries. The summation is simply that corruption in the country has worsened. According to the latest ranking, Nigeria is now the second most corrupt country in West Africa with Guinea-Bissau the only country more corrupt than Nigeria in the sub-region. In Africa, only 12 countries are perceived to be more corrupt than Nigeria. They are Zimbabwe, Chad, Eritrea, Burundi, Congo, Guinea Bissau, Democratic Republic of Congo, Libya, Equatorial Guinea, Sudan, Somalia and South Sudan. Both Somalia and South Sudan were ranked as the most corrupt nations on earth. Nigerian President, Muhammadu Buhari, came into power with the promise of curbing corruption which has been plaguing Nigeria for decades. However, Nigeria’s ranking on the corruption perception index has continued to deteriorate in the last four years. On Wednesday, Nobel Laureate, Prof. Wole Soyinka, said the President’s anti-corruption war had lost steam, adding that the rate of convictions was very low. The President had in July removed the acting Chairman of the Economic and Financial Crimes Commission, Ibrahim Magu, amid allegations of corruption. Magu was the face of Buhari’s anti-graft war. Transparency International said the interruptions caused by the COVID-19 pandemic gave room for corruption to thrive in countries with weak systems.