Principle of ‘no work no pay’ should apply to lecturers,others in Nigeria — COPCSUN Chairman 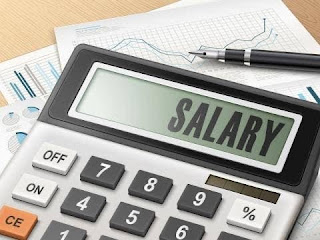 The Chairman, Council of Pro Chancellor of State Universities in Nigeria(COPCSUN), Mallam Yusuf Olaolu Ali(SAN) has tasked stakeholders in Nigerian education system to stop paying workers salaries while on strike,as being done in developed countries of the world in order to reset the nation’s collapsed education to achieve its desired goals.Ali,a constitutional lawyer in an interview with journalists in ilorin on the state of the nation said that the indulgence of payment of staff salaries in tertiary institutions while on strike have greatly contributed to the current state of poor standard of education in Nigeria.

Yusuf Olaolu Ali, while speaking on stoppage of staff salaries in tertiary institutions in Nigeria, said”In all parts of the world, the principle of no pay, no work is duely observed and it should be applied in Nigeria.“Even, countries that we think they are rich like USA, UK and Europe, the principle of no work, no pay remain their main principle.

“In Europe, USA and UK, if you go on strike for two or three days, money will be deducted from your salary as simple as that, but here in Nigeria, people get compensated for abandoning their work”.Ali who likened the ugly situation in the country where the members of the Academic Staff Union of Nigerians Universities and other unions would go on strike for over one year and are being paid with full salaries by the government said that, such situation would continue to affect the academic excellence of the students .

He explained , “I want to say that there is nothing like make up for students that have been abandoned for over one year by the lecturers because time is something you can never regain again, and that is the truth.“Because when you lose time, it may be very difficult to regain it. Many universities in the country are now cancelling their academic calendar for 2019/2020 due to the strike embarked on by the ASUU and that is a great loss to the students and parents.

“Also, brain is an interested machine for academic pursuits of the students and these students had been away for over one year now, their brain will not be the same again,as before their teachers went on strike and this is not good for the nation’s university education”.The Senior Lawyer who is also the Chairman, Board of Governing Council, Osun state University, Osogbo said that , his administration has been able to achieve a lot due to the honesty of purpose being displayed by the members of the governing council of the institution.

He said that, ” Our contributions to the growth of the university since our appointment has improved the academic and infrastructural facilities of the institution and that had made the incumbent governor of the state,Alhaji Isiaka Oyetola to reappoint our members for another term of five years in officeAli added that ” We didn’t see our appointment as a place for repayment for what have been doing for the university we dont seek economic fortune to our appointment in the university and we are committed to the mandate we are given on honest and transparent in all our doings at the university”.

He therefore called on the stakeholders in the university education to have a change of mind on the attitude of going on strike every time before they can achieve their demands saying that, such step would not improve the standard of education of students in the nation’s universitiesYusu Ali also explained that, politicians in the country have failed electorate in the fulfillment of electoral promises made to them during 2019 general elections in the country.