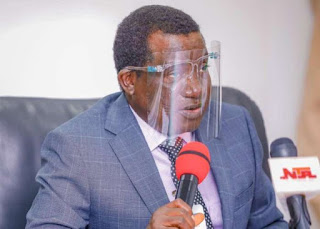 The Northern Governors Forum say the current system of open grazing, operated by herders in the country, is no longer sustainable.The forum, in a communiqué issued after a virtual meeting held on Feb. 8 stated that the system should be reviewed in view of increasing urbanisation and population of the country.

The communique was signed by the Forum’s chairman and governor of Plateau, Simon Lalong, and issued in form of a press statement by his Director of Press and Public Affairs, Dr Makut Macham on Tuesday in Jos.

According to the communique, the northern governors will aggressively sensitise herdsmen on the need to adopt new methods of herding by ranching or other acceptable modern methods.

The Forum appealed to the Federal Government to support states with grants to undertake pilot projects of modern livestock production that would help launch the full implementation of new methods of livestock production and avert resistance through success it would record.

It said that the northern governors would engage elders and youths in discussions, to seek solutions to security challenges in the north.

“In view of that, a four-man committee, to be headed by the Chairman of the forum, was established.

According to the chairman, the forum expressed concern on the sprouts of insecurity in the country, particularly in the circulation of unverified video clips on social media, portraying violent attacks on persons in some parts of the country.

In view of that, political leaders were urged to segregate between criminality and social groups in their domains with a view to handling the situation appropriately.The Forum condemns every form of criminality whether from herders, hunters, or farmers occupying forest reserves illegally.

“Also, it noted with concern the tension generated by the eviction order issued to herdsmen in some parts of the country.

“It observed that this is heating the already fragile security atmosphere with threats of reprisals, which the Northern Governors are working assiduously to contain,’’ the statement read in part.

It stressed the urgent need for the larger Nigerian Governors Forum to meet and discuss the issue holistically with a view to resolving all areas of conflicts arising from these threats, for the sake of national unity.

Lalong called for restraint from leaders, including those in the Southern parts of the country where tensions are high.

He also called on all northern people to continue to live in peace with all Nigerians, irrespective of their origins and backgrounds.

The governors congratulated the new Service Chiefs over their recent appointments and promised to collaborate with them in enhancing the security of the nation.