By: famwang / January 10th, 2022 / 27 views
The Plateau State government and members of the Academic Staff Union of Universities, Plateau State University chapter, will on Monday meet on how to resolve the lingering strike in the state owned Institution which has entered three weeks. 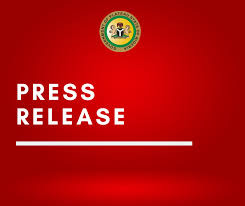 It was further gathered that members of ASUU in the University met on Sunday to harmonise their position preparatory for Monday’s meeting with the government team led by the State Head of Service, Sunday Hyat.
It would be recalled that while declaring the latest strike by the state University which began on December 20,2021, the Institution’s chapter of ASUU had accused the state government of refusing to implement an agreement which it entered with the Union on March 2, 2021.
ASUU said that apart from failing
to address security concerns by deploying the services of armed Civil Defence Corps in the University, Plateau government had also failed to locate a functional police outpost in the university host community as well as its inability to settle the national minimum wage arrears within the first quarter of 2021.
It further alleged that the government had failed to immediately release of N70 million as part payment of the first tranche of earned academic allowance arrears.
ASUU said as at the time of its congress last year in December, the second tranche of N72 million in October, 2021, has been long overdue.
It also accused the government of failure to complete the payment of mainstreamed earned academic allowances for the 2019/2020, among others.
The Plateau State Head of Service, Sunday Hyat, who is leading the government negotiation team for the planned meeting on Monday, when contacted, was not available for comment on the matter but an official of ASUU in the state owned University confirmed the scheduled meeting.
According to the ASUU official, the ongoing strike action by members of the Union would have been avoided if government was committed to the terms contained in their previous negotiations.
The ASUU leader said, “The government has called us for a meeting tomorrow (Monday) regarding the ongoing strike by ASUU in Plateau State University. It is the State Head of Service that called for the meeting which will hold in his office . It is in order to prepare ourselves for the Monday meeting that we have also held our own meeting today (Sunday).
“The truth is that we are not happy about the strike but there is nothing we can do about it. We believe the planned meeting or resumption of negotiation between the government and ASUU would have been unnecessary if the government had done the right thing by implementing the earlier agreement reached. Even though the present Head of Service was not the one that led the government team during our previous agreement, we have decided to honour his invitation to see what can be done but I can assure you that anything short of meeting the demands of the Union will not bring the ongoing strike to an end.”